I, Segun Magbagbeola have studied Egyptology, black history and am a seeker of ‘The Truth’. I practice the culture of Nuwaupu (The Science of Sound Right Reasoning) and have done so for 8 years, started by the one and only Master Teacher, H.E Dr. Malachi Z York, known by many other names. His profound teachings has exposed me to divine and sacred information and covered every topic under the sun. Through Nuwaupu I have discovered wisdom from other sources and have the blessing of taking a journey through life with confidence and true knowledge of self and kind. I come from the Yoruba tribe in Nigeria and I can trace my ancestry back to Egypt and Nubia. I have been a member of the Ancient Egiptian Order (AEO) since 2008 and given the name of ‘Har-Aha Tepy Pet’ (Fighting Hawk Chief of the Sky). I live in London working in IT Development and Support and the director of Akasha Publishing Ltd.

First and foremost I would like to dedicate this book to the first Pharaoh of Egypt Narmer/Menes. Your bravery and vision led to arguably one of the greatest civilizations in history.

To Dr. Malachi Z York, you are undeniably the Master Teacher. I thank you for opening my eyes to ‘The Truth’ and your countless devotion to us.
To Tolu, for your constant support. To Tobi Kupoluyi, I hope you find peace within ‘The All’. To ‘Obicallys’ the master is still the master!

There is a concentrated effort to conceal and/or misrepresent the knowledge of African history from African people. In one of the greatest periods of our history that spanned over 3000 years, African’s in Ancient Egypt had a highly advanced culture and led the world in all facets of civilization. Over time, as other nations heard of Egypt’s greatness they sought to infiltrate, share in their power and even take over. During dynastic Egypt the Egyptians were conquered by foreign invaders on many occasions, but they managed to re-claim the throne each time until the end of the dynastic period by the Greeks. Most forms of western education and entertainment depict the Egyptians to be non-African, and great lengths were taken to wipe the presence of an African Egypt from the Egyptian landscape and from our hearts and our minds.

There is no doubt that black people as a race are not in the best of situations, we have fallen from the gods we once were, but this is simply a small blip in our history, the future is there for the taking. In order for us to progress we must do so in unity, as one mind and one accord, and it is my hope that Egyptology/Nuwaupu will bring us together. The mind is the most powerful thing in the universe; we must receive the right education in order to feed our mind and our souls. We have received a warner to reveal our hidden past, changing present and our ruling future in Dr Malachi Z York. As we are now in the beginning of the new sun cycle, (a time when the forces of nature are geared towards our success) it is up to us to re-claim our history. In fact it is not history, his-story, it is our story, so it time for us to celebrate it and progress with a renewed sense of unity and future aspirations.

This book has been a long and exciting journey for me, filled with many obstacles, support, highs and lows. There were certain moments and conversations with people which sparked off the initial thought to write this book in the first place. Maybe they were supposed to happen, but I know that without my background and prior studies this would have been almost impossible. I had no definite idea of how I wanted the book to be written but like the saying in physics, if you can give an object an initial push after a while it will begin to generate its own force and direct it’s self which is what happened with this book.

Looking at the final product compared to an initial brainstorm at the start, I am proud of what I have accomplished. It was by no means easy to write and involved a lot of research, cross-referencing, having to make sense of it all and link it together. I needed to combine books from a wide plethora of schools including Egyptology, archaeology, astronomy the conventional and unconventional. I doubt I’ll ever write a book as research intensive as this and it is funny how the hardest was my first. I have been in a position to learn the fascinating history of Ancient Egypt from multiple perspectives, so I simply want to share this with you, in the hope it empowers you as much as it has me. I hope you read this book with an open mind and pursue your own quest of research so the knowledge of Egypt is real to you. On that note I give you:

Egypt: End of the Black Dynasties. An omitted chapter from Black Egyptians, I decided this chapter warrants a book of it’sown. I provide an in depth breakdown of the events that brought an end to the the Egyptian civilisation.

Black Egyptians: The Documentary. Experience the magnificent civilisation of Ancient Egypt in this detailed documentary in stunning video format. 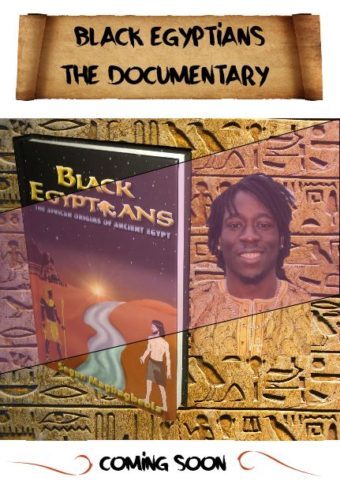 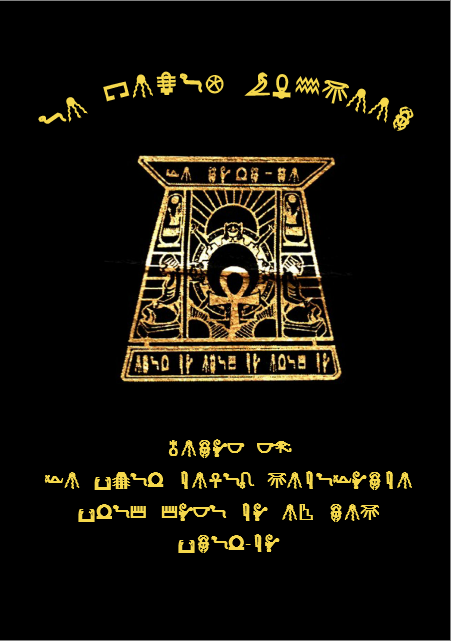 The Holy Tablets. Also known as the Nuwaupian bible, this is the book to break the spell of Leviathan and renew our history for the next 25,000 years.

Most frequent questions and answers

Why did you write the book ?

After studying Nuwaupu I became ‘conscious’ and saw that most of the people around me were still asleep. I saw the concentrated effort by the white establishment to modify and alter our true history from us. The subject range in Nuwaupu became fascinating to me and I became obsessed wanting to find out more and more. I had a few ignorant & arrogant people who denied the black presence in Ancient Egypt so I decided to write Black Egyptians and set the record straight.

How did you get started in all this ?

I’ve always had an inquisitive mind. I would go to church when I was much younger and think to myself there’s got to be more than this. Years later in university, one of my housemates had attended Nuwaubian classes & would give me snippets of this higher knowledge when we were watching movies & music videos. That sparked my interest and I picked up ‘The Biggest Secret,’ by David Icke in a bookshop near my uni Brunel & was amazed. That summer I happened to visit a Nuwaupian shop in my endz, so I jumped into the doctrine head first and haven’t looked back.

Have you got any new material coming ?

Yes, in fact there are 3 major projects I’m working on. One is ‘Egypt: End of the Black Dynasties’. This was supposed to be a chapter of Black Egyptians but I decided it would be better if it was a standalone book so I’m writing this at the moment. Then I plan on making a feature length documentary of Black Egyptians to tell the story visually. Lastly, I’m working on the Holy Tablets which are the Holy scriptures of the Nuwaupians, in other words a Black Bible

What are the highlights of Black Egyptians ?

It takes you on a journey of learning about the Ancient Egyptians from both conventional and unconventional sources. Most people question why they were so advanced, so I explain in detail how they were visited by Black Extraterrestrials called the Annunaqi and Neteru. I also merge the culture and history with scientific fields such as genetics & anthropology making an overall exciting read.